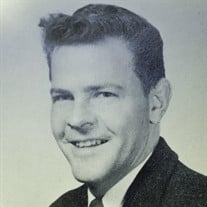 Thomas Joseph Franks died Monday, June 19th, at his home surrounded by his family. He was 84. Thomas was born on October 2nd, 1932, and was a lifelong resident of Great Bend, Pennsylvania. He was the son of the late Donald and Helen Franks, and also predeceased by brothers, Joseph Franks, John “Jack” Franks, Robert Franks; and a sister, Edna Miller. He is survived by his wife of 56 years, Sandra L. Franks; children, Thomas (Tammy Barnard) Franks, John “Little Jack” (Mary) Franks, and Kimberly (Robert) Lewis; grandchildren, Thomas “TJ” Franks, Hillary Franks, Jackson Franks, Benjamin (Michelle) Barnard, Melissa Barnard, and Emily Barnard, Brittany Franks, Alexandra Franks, and Corey (Cate) Shaw, Dustin (Rachel) Shaw, Mollie Shaw, and Cullen Shaw; a sister, Mary Decker; numerous great grandchildren; and many cousins, nieces, and nephews. He enjoyed spending time with family and friends and had many fond memories of that time spent over the years. Thomas grew up during the Great Depression and experienced much during his lifetime. He served in the Navy from 1950 to 1954 and as a Corpsman in Korea, assigned to the 1st Marine Division, FMFPac. He received several honors in service of his country including the United Nations Service Medal, Korean Service Medal, Two Bronze Stars, National Defense Service Medal, and Fleet Marine Force Combat Insignia. He was an active member of the Great Bend VFW. Following his discharge, he attended East Stroudsburg State Teacher’s College receiving a Bachelor’s of Science degree in Health Education in 1958. He began his lifelong career in teaching at Blue Ridge High School in New Milford, PA and concluded it with Windsor High School in Windsor, NY, and retired in 1993. Thomas was an avid golfer and member of the Blue Ridge Golf League since the 1960s. He and his family were equally fond of his extended, golf family including Mickey Giangrieco, Bill Evans, Carl Derek, Jim O’Neil, and many others. Most predeceased Thomas and they were all sadly missed. The family wishes to express their sincere appreciation to Mary Pat and Helen of Hospice of the Sacred Heart for their tender hearted care and compassion. A graveside service will be held at 1 p.m., Thursday, June 22, 2017 in St. Lawrence Cemetery. There will be no public calling hours. Arrangements are under the direction of the Tuttle-Yeisley Funeral Home, Inc., Hallstead, PA. In lieu of flowers, memorial donations in his memory may be made to the V.F.W. Post #6223, 386 Main Street, Great Bend, PA 18821.

Thomas Joseph Franks died Monday, June 19th, at his home surrounded by his family. He was 84. Thomas was born on October 2nd, 1932, and was a lifelong resident of Great Bend, Pennsylvania. He was the son of the late Donald and Helen Franks,... View Obituary & Service Information

The family of Thomas Joseph Franks created this Life Tributes page to make it easy to share your memories.

Send flowers to the Franks family.