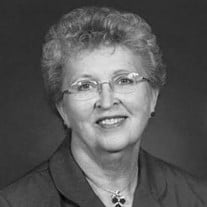 Sandy Neild Sandra Elsie (Curtis) Neild, 74, of Hallstead, PA, passed from this life into the next on Tuesday, October 20, 2015, after a year-long battle with various forms of cancer. Sandy was born in Hancock, NY, on August 9, 1941, the eldest child and only daughter of Homer Chester Curtis (1919-1995) and Alyse Amanda (Woodmansee) Curtis (1920-1991). During her early childhood, Sandy and her brother Laren lived with their parents near Lake Como, PA. Her parents later moved to a farm in Preston Park, PA, where Sandy and her brothers spent most of their formative years. Sandy married Gerald “Jerry” Osmer Neild Sr., the farm boy next door and love of her life, on August 15, 1959. The saying goes ‘behind every great man is a great woman’ and this is a good summary of Sandy and Jerry. In addition to managing a home and raising three children, she managed all the ‘back office’ operations of Jerry’s construction business. Jerry Sr. readily admitted that much of his success can be attributed to Sandy’s office skills and loving support. They lived most of their life in a home Jerry Sr. built on Route 370 near Starlight, PA. They briefly retired to Plant City, FL, in 2006, but returned to their beloved PA mountains in 2013, settling in Hallstead. A woman of faith and service, Sandy was active in her church and the community. She taught Sunday School and held many leadership positions in local Baptist churches. She also served on the PTA, Election Board, and Wayne Highlands School District Board for several years. Sandy is survived by her husband Jerry Sr., their three children and spouses, six grandchildren, and one great grandchild. Their eldest, Gerald “Jerry” Osmer Neild Jr. and spouse Kathleen “Katy” Anne (O’Hara) Neild live in Irving, TX. Jerry Jr. and Katy have three children – Elizabeth Kathleen Neild, Milo Anthony Neild, and Daniel Gerald Neild – all of whom live around Phoenix, AZ. Sandy’s great grandchild is Elizabeth’s daughter, Madison Elizabeth Neild. Sandy and Jerry Sr.’s second child Julie Alyse Neild and spouse Mark Alan Tarrant live in Zionsville, IN, with their daughter Alysa Neild Tarrant. Sandy and Jerry Sr.’s youngest James Alton Neild and spouse Melissa Marie (Rausch) Neild live in Gaylordsville, CT, with their two daughters, Abigail Marie Neild and Paige Elizabeth Neild. Sandy is also survived by her four brothers and their spouses – Laren Francis Curtis and Joyce Marie “Marie” (Burdick) Curtis of Oakland, PA; Homer Richard “Rich” Curtis and Jacalyn “Jackie” (Wheeler) Curtis of Preston Park, PA; Jeffrey “Jeff” Lynn Curtis and Cheryl Lynn (Conklin) Curtis of Deposit, NY; and Kevin Alan Curtis and Bronwyn Ann (Biggs) Curtis of Preston Park, PA – and several nieces and nephews. To some, Sandy was a supportive wife, devoted mother, dedicated grandmother, or a steadfast sister, but she will be remembered by all as gentle, gracious, Godly woman who loved all, laughed often, and lived life to its fullest. As we who remain mourn her passing, the Angels in heaven rejoice as a Saint joins her Savior. There will be a Calling Hour at 10:00 AM followed by a Memorial Service at 11:00 AM on Saturday, October 31, 2015, at the South New Milford Baptist Church, 2967 Harford Road, New Milford, PA 18834, 570-434-2101. In lieu of flowers, cards, or food, Sandy and Jerry Sr. wish that donations be made in Sandy’s honor to either the church’s Mission Fund or to a non-profit started by their grandson and Purple Heart recipient, Daniel Neild, Staff Sergeant, US Air Force (Retired). Wounded Wodders (http://www.woundedwodders.org) uses therapeutic recreation, in the form of fitness, to help wounded and injured Veterans through the recovery process. Donations can be sent using the website or via check mailed to 609 North Lindsay Road, Gilbert, AZ 85234.

Sandy Neild Sandra Elsie (Curtis) Neild, 74, of Hallstead, PA, passed from this life into the next on Tuesday, October 20, 2015, after a year-long battle with various forms of cancer. Sandy was born in Hancock, NY, on August 9, 1941, the... View Obituary & Service Information

The family of Sandra E. Neild created this Life Tributes page to make it easy to share your memories.

Send flowers to the Neild family.