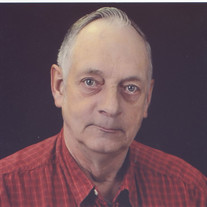 ROGER SINGER Roger Singer, 68, of New Milford, PA was called home to be with the Lord on June 14, 2014 while he was surrounded by his loving family after a long courageous battle with cancer. He is survived by his loving wife of 47 years, Clara Miller Singer. Also surviving are two daughters, Kelly and Tim Gaughan and Mary Singer and Amos Dixon; two grandchildren, Ethan Gaughan and Jaedyn Snell; siblings and their spouses, Mary and Walter Rockefeller, Lloyd and Jean Singer, Clara Smith, Doris Henry, Lucy and Dale Hanscom, Gerald Singer, Donald and Diane Singer, Louise Klim, Lois and Douglas Kulac, Betty Monaco, David Singer, Arthur Singer, Howard Singer, Martha Goff, Susan and Ronald Henry, Dawn Stallings, and Mark Singer; and numerous nieces and nephews. Roger was predeceased by his parents, Hugh and Hazel Lathrop Singer. Roger was employed by Barnes-Kasson Hospital for 22 years. He enjoyed his work with his close friend, Bill White at Bill White Construction. Hunting, fishing, and watching NASCAR races were some of his favorite past times. Roger could often be found with Ken Post at Penn Can Speedway. He took great pride in his membership at Franklin Hill Presbyterian Church. Roger and Bob Pratt received the nickname “B&R Construction” for the many renovations and maintenance projects they worked on at the church. Roger was a jack of all trades and he used his talents and ability to help anyone who needed his help. His absolute, unwavering, never give up, positive attitude is his most admirable attribute and made a lasting impact on the lives of everyone who knew him. The family wishes to extend their sincere appreciation to the staff of Lourdes Hospital, Broome Oncology, and Hospice of the Sacred Heart for their caring services. The Franklin Hill Family assisted Roger and his family in so many ways, providing meals, transportation, visits, and constantly supported the whole family with prayer, love, and respect for the needs of each member of the family. This out pouring can never be repaid. It was greatly appreciated and will be remembered forever. A funeral service will be held at 11:00 a.m., Friday, June 20, 2014 at the Franklin Hill Presbyterian Church. Inurnment will be made in Franklin Hill Cemetery. Friends may call from 5-8 p.m. Thursday at the Tuttle-Yeisley Funeral Home, Inc., Hallstead, PA. In lieu of flowers, the family prefers memorial contributions in the form of a donation to the Franklin Hill Presbyterian Church, 400 Franklin Hill Road, Hallstead, PA 18822.

ROGER SINGER Roger Singer, 68, of New Milford, PA was called home to be with the Lord on June 14, 2014 while he was surrounded by his loving family after a long courageous battle with cancer. He is survived by his loving wife of 47 years,... View Obituary & Service Information

The family of Roger Singer created this Life Tributes page to make it easy to share your memories.

Send flowers to the Singer family.