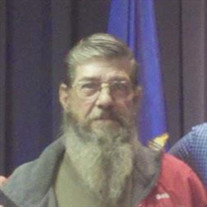 Robert C. “Uncle Bob” Snyder, Sr., 74, of Montrose, PA was called home to be with the Lord on August 11, 2021. He was predeceased by his beloved wife, Patricia, on January 9, 2014. He is the son of the late Clarence and Kathleen Merrill Snyder; and also predeceased by his brothers, Arthur and Clarence; and a sister, Shirley. Bob is survived by his children, Robert “Bones” Snyder Jr., Jackie Snyder, and Patricia “Patty” Snyder; 9 grandchildren, Christopher, Sabrina, Dalton, Kathleen (Matthew), Pete, Monica, Hank, Bobby, and Ethan; many great grandchildren; and numerous nieces, nephews, and extended family, including those he claimed as family. Prior to his retirement, Bob worked as an auto mechanic. He was a jack of all trades and was the go to person for any emergencies, from furnace issues to car problems, he could fix it all becoming a hero for many. Bob was always working on something. He served as a volunteer fireman for a few years. Bob was a true family man and spent countless hours with all of his grandchildren. He grieved for Patricia and his brothers. Bonnie Hillier came into his life and revived the spark in him. She also made it her purpose to care for him and keep him comfortable and at home. A private interment was made in Brookdale Cemetery. Should friends so desire, memorial contributions may be made to the Tuttle-Yeisley Funeral Home, Inc, P.O. Box 936, Hallstead, PA 18822 to assist with his final expenses. A memorial service will be made at a later date.

The family of Robert C. Snyder Sr. created this Life Tributes page to make it easy to share your memories.

Send flowers to the Snyder family.