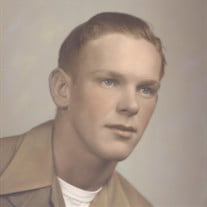 ROBERT L. NICHOLS Robert L. Nichols, “Red”, age 83, went home to be with the Lord on Tuesday, September 12, 2017. The son of Ray and Annette Pier Nichols, he leaves behind a legacy of faithfully witnessing for the Lord. He is preceded in death by his two brothers, Ray and Bill Nichols. He leaves behind his beloved wife of 57 years, Brenda Nichols; brother, Harold (Ruth) Nichols; sister, June Paolucci; four children, Terry (Joel) Nichols, Wayne (Lisa) Nichols, Brian (Colleen) Nichols, Shelly (Chris) Nichols; five grandchildren, Aaron, Andrew (Laura), Sarah, Ashley, and Stephanie; and several nieces and nephews, including a special nephew, Richard (Peggie) Walworth. He graduated from Nicholson High School and held many labor intensive jobs ranging from quarry work and wood cutting, to the Hallstead Foundry. His final employment was being a security guard at Lourdes Hospital, where he was employed for 25 years until his retirement at the age of 65. Even after retirement, his strong work ethic kept him active in the stone quarry and in the woods. When he was not working, he spent his downtime enjoying some of his favorite hobbies, hunting, fishing, trapping, and softball. He pursued these activities from a young age and excelled in them like few others. Most important to his heart was his work for the Lord. He was an active member of the South New Milford Baptist Church for over 40 years. Throughout those years he served as deacon, trustee, Sunday School Superintendent, Awana assistant, and softball coach. He treated each of these ministries as an opportunity to share his testimony and witness for the Lord. It was his heart’s passion to share his faith with all he met, communicating God’s message with the same openness and determination that characterized all he did. A funeral service will be held at noon, Saturday, September 16, 2017 at the Tuttle-Yeisley Funeral Home, Inc., Hallstead, PA with Pastor Larry Thomas. Interment will be made in Lakeview Cemetery. Friends may call from 10-12 at the funeral home, prior to the service. In lieu of flowers, please send memorial donations to the South New Milford Baptist Church, Memo: Missions Fund, 2967 Harford Road, New Milford, PA 18834.

ROBERT L. NICHOLS Robert L. Nichols, &#8220;Red&#8221;, age 83, went home to be with the Lord on Tuesday, September 12, 2017. The son of Ray and Annette Pier Nichols, he leaves behind a legacy of faithfully witnessing for the Lord. He is... View Obituary & Service Information

The family of Robert L. Nichols created this Life Tributes page to make it easy to share your memories.

Send flowers to the Nichols family.