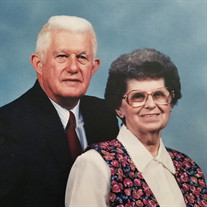 Robert E. Anderson, Sr., 94, passed away Wednesday, October 30, 2019 at Barnes-Kasson Hospital, Susquehanna. He was born August 25, 1925, the son of the late Rev. John T. and Daisy Beck Anderson. He was raised in Wilkes-Barre, and lived in New Milford and Susquehanna. He was predeceased by his wife, Mary Jane, his sister and brother-in-law, Charles and Esther Anderson Zuber, son-in-law, Bruce T. Jayne, daughter-in-law, Carrie Anderson, and brother-in-law and sister-in-law, Elsbert and Harry Phillips. He served honorably in the US Navy, on the USS LSM-87 and USS LSM-357 during WWII in the Pacific Theater of Operations. His crew was part of the Philippine Liberation. After his service, he was employed as a draftsman at the Nicholson Corporation in Wilkes-Barre. He was then employed by the Aeronautical and Flight Division of the Bendix Corporation in South Montrose, which is now Honeywell. He worked as an aeronautical engineer and on the Atomic Energy Commission. He retired from there after more than 30 years of employment. Bob is currently a member of the Watson Hill Bible Church, and formerly an active member of the First Baptist Church, New Milford, PA for over 40 years, where he sang in the choir, directed the choir, taught Sunday School, was a deacon, and was involved in many other church activities. He also was a scout leader in Wilkes-Barre, as well as New Milford. He was a member of the SPEBSQSA, barbershop quartet singing, in Binghamton. Surviving are four children, Curtis and Sue Anderson, Amarillo, TX, Marjorie E. Jayne, New Milford, PA, Robert E. Anderson, Jr., Sullivan, NH, , and Marilyn and Charles Patterson, Dover, NJ; seven grandchildren, nine great-grandchildren, and five great-great-grandchildren. A funeral service will be held at 11:00 a.m. Saturday, November 2, 2019 from the Tuttle-Yeisley Funeral Home, Inc., Hallstead, PA. Interment will be made in Lakeview Cemetery. Friends may call from 5-8 p.m. Friday. In lieu of flowers, please consider memorial contributions to Hospice of the Sacred Heart, 600 Baltimore Drive, Wilkes-Barre, PA 18702 or Susquehanna Public Library, 83 Erie Blvd., Susquehanna, PA 18847.

Robert E. Anderson, Sr., 94, passed away Wednesday, October 30, 2019 at Barnes-Kasson Hospital, Susquehanna. He was born August 25, 1925, the son of the late Rev. John T. and Daisy Beck Anderson. He was raised in Wilkes-Barre, and lived in... View Obituary & Service Information

The family of Robert E. Anderson Sr. created this Life Tributes page to make it easy to share your memories.

Send flowers to the Anderson family.