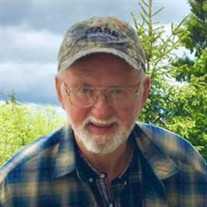 MELVIN G. HART JR. Melvin G. Hart, Jr., 76, of Hallstead, PA passed away on March 21, 2020. He was predeceased by his wife, Elizabeth “Betty” Hart in 2017; his parents, Melvin G. and Ruth (Bennett) Hart Sr.; two brothers, Richard and Robert; and a sister, Darlene Morgan. Melvin is survived by two sisters, Donna and John Brozoskie and Betty King; three step sons, Emil Holveck and Debbie Piester, Michael Holveck and Isabelle Copley, and Mark and Jodi Holveck; three grandchildren, Emil and Angel Holveck III, Michael Holveck Jr. and Caryn Eldridge, and Stephanie and Dr. Chris Sullivan; five great grandchildren, Taylor, Emil IV, Patrick, Joshua, and Morgan; and many nieces and nephews. Melvin was raised in New Jersey and married Elizabeth there. He was a machinist with McWilliams Forge in Rockaway, NJ until 1988 when they moved to Pennsylvania. He worked for a small machine shop in Great Bend. Melvin enjoyed working on small engines, hunting, gardening, and fishing. He loved spending time with his family and his precious dog, Patches. There will be a memorial service at the Franklin Hill Presbyterian Church at a later date followed by an inurnment for both Melvin and Elizabeth in the Franklin Hill Cemetery.

The family of Melvin G. Hart Jr. created this Life Tributes page to make it easy to share your memories.

Send flowers to the Hart family.