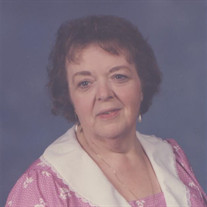 MARILYN LEE LANDES Marilyn Lee Landes, 86, of Hallstead, PA was called home to be with Lord on February 24, 2018. She is survived by her son, Ray and Liz Landes, Great Bend, PA; three grandchildren, Lance, Laura, and Stephanie; two great grandchildren, Aubree and Jacey; a brother-in-law, Bill Emmons; a sister-in-law, Ann Dobson; several nieces and nephews; companion dog, Buddy; and companion cat, Jeffrey Thomas. Marilyn was predeceased by her son Leatson Landes in 2013, her sisters, Joyce Emmons, Carol Ainey, and her brother, Alan Dobson. Marilyn was raised in Verona, NJ by her late parents, Lee and Frances Dobson. She was a graduate of Henry B. Whitehorn High School and also the Latin American Institute, NYC, NY. Marilyn worked for Bayer, also in NYC. Prior to her retirement, Marilyn was a social worker for the Public Welfare office for 26 years in Montrose, PA. In her younger years, Marilyn enjoyed an adventure riding her horse, George, or riding her motorcycle. Some of her most memorable moments were spent at the family cottage on East Lake. Marilyn was a devote Christian and a faithful member of the United Methodist Community Church, Great Bend, PA. She was instrumental in the formation of the Caring Café. Marilyn served on many committees and participated in most of the activities in the church over her many years of involvement. A memorial service will be held at 5:00 p.m., Thursday, March 1, 2018 at the Tuttle-Yeisley Funeral Home, Inc., Hallstead, PA. Spring inurnment will be made in Woodlawn Cemetery. Friends may call from 3-5, prior to the service. In lieu of flowers, memorial contributions may take the form of a donation to the Caring Café c/o the United Methodist Community Church, P.O. Box 586, Great Bend, PA 18821.

The family of Marilyn Lee Landes created this Life Tributes page to make it easy to share your memories.

Send flowers to the Landes family.