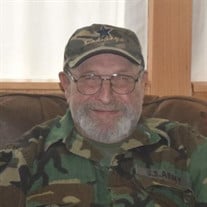 LAWRENCE C. “HAMMER” BRAUNGARD Lawrence C. Braungard, 72, of Great Bend, PA entered into rest on October 3, 2017. Larry is survived by his five children, Jason and Lana Braungard, Tania Braungard, Tina Braungard, Lisa and Tony Smith, and Ariel Braungard; nine grandchildren, John, Kasey, Anthony, Alexis, Siamon, Tylor, Keagan, Ava, and Mason; great grandson, Braydon; a sister, Eileen Braungard; and several nieces and nephews. He was predeceased by his parents, Carl and Gladys Braungard. Larry was formerly employed for many places in many positions, including: a tool and dye maker, worked in maintenance, and drove a truck all for Magnetic Labs, served as a Great Bend/Hallstead Police Officer, and owned and operated Forest Lake Inn. He was a man of many trades and many names. Larry served with the US Army during Vietnam. He became a member of the V.F.W. Post #6223 and the American Legion Post #357. He was known for helping people. He was loved and cherished by his family and will be dearly missed by his children, grandchildren, and sister. A memorial service will be held at 2:00 p.m., Saturday, October 7, 2017 at the V.F.W. Post #6223, Great Bend, PA. Inurnment will take place at a later date in Arlington National Cemetery. Please consider memorial contributions, in lieu of flowers, to a charity that benefits local veterans.

The family of Lawrence C. "Hammer" Braungard created this Life Tributes page to make it easy to share your memories.

Send flowers to the Braungard family.