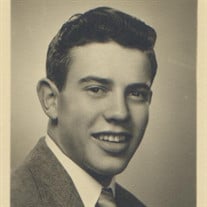 HOWARD L. UPDYKE Howard L. Updyke, 82, of New Milford, PA passed away peacefully at home, surrounded by his family on September 23, 2015 after a year of life with pancreatic cancer. Howard grew up in Courtdale, PA before serving in the Navy, graduating from Wilkes University, and settling in New Milford, PA. He practiced accounting for nearly 40 years, within that career, he joined the partnership Davidson, Buccasio, and Updyke (now Davidson, Fox, and Co.), a well respected and successful accounting firm with multiple offices throughout New York. He was a member of the NY and PA society of CPAs. Howard was the president of the American Institute of CPAs. He assisted in founding the International Society of CPAs, giving he and Beverly the opportunity to travel the world and make many great memories. Howard considered his family his greatest accomplishment and took great pleasure in regular gatherings at his home, working “up the farm,” and watching a good Penn State or Yankees game. Howard is survived by the love of his life, cherished partner, and wife of 60 years, Beverly; four children, Karen Franks, Howard and Audrey Updyke Jr., Scott and Elizabeth Updyke, and Kristin and Matthew Bossard; eleven grandchildren, Meaghan Franks, Jessica and Jeremy Page, Katelyn and David Stalker, Lindsay and Logan Goff, Morgan Updyke, Jared Updyke, Ben and Maria Fisher, Will Fisher, Luke Updyke, Kaylah Bossard, and Ashlyn Bossard; four great grandchildren, Rebecca Fisher, Jacob Page, Noah Stalker, and Robin Fisher; a brother, Edward Updyke; and several nieces and nephews. In respect of Howard’s wishes, calling hours will be held from 2-4 p.m., Sunday, September 27, 2015 at the Tuttle-Yeisley Funeral Home, Inc., Hallstead, PA. In lieu of flowers, memorial contributions may be made to Hospice of the Sacred Heart, 600 Baltimore Drive, Wilkes-Barre, PA 18702.

HOWARD L. UPDYKE Howard L. Updyke, 82, of New Milford, PA passed away peacefully at home, surrounded by his family on September 23, 2015 after a year of life with pancreatic cancer. Howard grew up in Courtdale, PA before serving in the Navy,... View Obituary & Service Information

The family of Howard L. Updyke created this Life Tributes page to make it easy to share your memories.

Send flowers to the Updyke family.