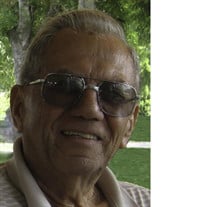 Glenn Robert “Bob” Blake was born on September 20th, 1929. He died on September 12th, 2021, on the anniversary of his wedding to Beatrice Irene “Betty” Knoeller, who died in February, 2017. He never stopped mourning her loss, and died peacefully, confident that he would be reunited with her in Heaven. Bob was also predeceased by his parents, Roy and Elizabeth, his siblings, Guy, Velma, Marjorie and Barbara, and his daughter Glenda. He is survived by his sons, Ernest, Jim and Tom, his grandchildren, Rebecca, Sara, Michael, and Benjamin, and his great-grandsons Henry and Maxwell. Bob grew up in Plattsburgh, New York. At the age of 16, he left high school to join the army, serving at Fort Dix and Camp Kilmer. He served as a typist and a serologist, helping to muster out the many soldiers returning from World War II. While in the army, he met Ernest “Stub” Knoeller. Soon Bob met Ernest’s sister Betty, who would become his wife. She would not marry him without a high school diploma, so he returned to Plattsburgh High School, studied and passed two years of coursework by exam, receiving a Regents’ diploma. Bob and Betty were married at her parents’ home in Deposit, New York while they were still teenagers. Together they raised four children and put them through college. Their marriage lasted until her death. Bob had many jobs in his life. In high school, he worked at a sea plane base, earning his pilot's license. He and his elder brother and sister became known as “The Flying Blakes.” He built boats for Link in Hillcrest. He managed a Coca-Cola bottling plant in Port Henry. For most of his life, Bob worked as a truck driver. He drove for Pierson’s Stationery in Binghamton, for 7-Up and Coca-Cola in Plattsburgh and Port Henry. He drove for Kroehler Furniture in Binghamton for almost 30 years. Bob was especially proud of his service with the Teamsters Union. He became the shop steward for the Teamsters at Kroehler Furniture. He was known for straight dealing with membership and management alike. Later, he became the Recording Secretary for Local 693, and eventually served as business agent for the local. During his time at the union, he worked with law enforcement agencies to uphold the honor and integrity of Local 693. Bob and Betty supported the First United Methodist Church of Kirkwood with their prayers, presence, gifts, and service. Bob was continually active in the maintenance and improvement of the church buildings, and attended services regularly after he retired from driving. Bob took early retirement, allowing him and Betty to travel. Always the big rig driver, Bob did much of this travelling in a pick-up truck with an RV attached. He and Betty travelled the country together, saw the sights, visited family, and spent the coldest winter months in Florida, birdwatching, golfing, and socializing with friends and family. After Betty died, Bob remained a popular man about town and a prominent member of the church, until failing health restricted his movements. He remained in the home that he had lived in for sixty years, thanks to the assistance of his son, Tom. Bob was intelligent, outgoing, diligent, ambitious, and honorable. He loved a good joke and a good game of golf. With his effusive friendliness and obvious good nature, he could strike up a conversation with anyone, at any time. A more charming man has not walked this Earth. He will be sorely missed. A funeral service will be held at 11:00 am Wednesday, September 22nd at the First United Methodist Church on Main Street in Kirkwood. Bob will be buried in the Kirkwood Cemetery. The family will greet friends at a reception to follow. In lieu of flowers, donations may be made to the First United Methodist Church, PO Box 394, Kirkwood, NY 13795.

The family of Glenn "Bob" Robert Blake created this Life Tributes page to make it easy to share your memories.

Send flowers to the Blake family.