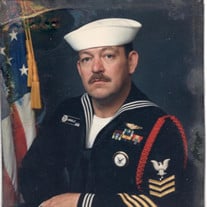 EDWARD A. ARNOLD, SR.       Edward A. Arnold, Sr., 68, of Hallstead, PA entered into rest on May 9, 2021 peacefully at home.  He is survived by his cherished wife, Kathy; his children, Edward Arnold Jr., Marianne Babiez, Allison (Ajay) Singh, Krystal (Gear) Robinson, Ginny (Jonn) Lord, Amber Brecht, and Lizzie Mollo; grandchildren, Alia Arnold, Rory Singh, Raegyn Singh, King Richard, Princess Trinity, Duchess Mira, Prince Logan; siblings, Marjorie Cook, Billy (Mike) Arnold, and Victor (Pat) Arnold; and many nieces, nephews, and extended family members.  Ed was predeceased by his parents, William and Virginia Arnold; his sister, Betty Armondi; brothers-in-law, Jack Cook and Richard Armondi.        Ed was a true American Hero, his motto was “Honor, Family, Country.”  He enlisted in the United States Navy in 1970 shortly after graduating from high school.  He retired from the Navy as AD1(NAC), with 22 years of honorable service, as a Flight Engineer and Company Commander.  He was a Combat Air Crewman with various squadrons, with his most accomplished tour being with the VP6, the World Famous Blue Sharks.  Ed spent most of his Navy career deployed with over 10,000 flight hours, supporting operations in Southeast Asia, Europe, the Med, and the Middle East.  He worked with the Chicago Police Department with stress management.  Following his retirement, he became involved with the V.F.W. where he served as the Post Commander and District Commander for many years, working his way to the State Department of Internal Affairs.  Ed’s personal love of fire arms drove him into instructing others to show respect and have knowledge of fire arm safety.  Locally he was a strong presence at Rob’s Market for 20 years and was elected to the Blue Ridge School Board where he was head of Security.  Two words come to mind when we think of Ed, “An original.”    Ed was a man who valued his family over everything else.  He made great sacrifices and the extent of his generosity and influence will never be fully known. A funeral service will be held at 11:00a.m. on Thursday, May 13, 2021 at the Tuttle-Yeisley Funeral Home, Inc., Hallstead, PA.  Friends may call from 2-4 and 6-9 p.m. on Wednesday with social distancing and masks.  Interment will be made in Arlington National Cemetery at a later date.  In lieu of flowers, please consider a memorial contribution to Peoples Security Bank & Trust 25109 SR 11, Hallstead, PA 18822 to establish a scholarship fund for students enlisting in military service. “Only two divine entities have offered to die for you, Jesus Christ and the American Serviceman, one died for your Soul and the other for your Freedom.”

The family of Edward A Arnold Sr. created this Life Tributes page to make it easy to share your memories.

Send flowers to the Arnold family.