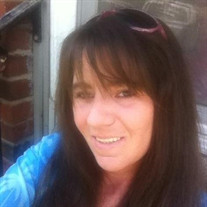 CHRISTINA THORN Christina Thorn, 35, of Hallstead, PA entered into rest on January 10, 2016. She is survived by her fiancé, Toby Sparks. Christina is also survived by two children, Kasandra and Cooper; her mother, Laura Connis; her father... View Obituary & Service Information

The family of Christina Thorn created this Life Tributes page to make it easy to share your memories.

Send flowers to the Thorn family.