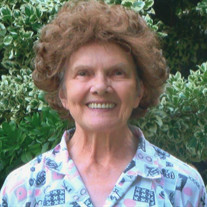 Anna M. Lyons, 92, of Susquehanna, PA entered into rest on November 11, 2018. Anna was predeceased by her grandparents who raised her, Anna and Abner Addis; her father, Irving Addis; by three children, Carol VanKuren, Albert Hewitt, and Sharon Johnson; a grandson, Jay VanKuren; and a son-in-law, Tex VanKuren. Anna is survived by her daughter, Tonya and Roger Brown; a sister, Barb Swan; grandchildren, Rex (Bobbi Jo) VanKuren, Dixie (Rick) Herbert, Bonni Lynn, Chris (Robert) Hochgraf, Liberty (Kris) VanKuren, Mark (Carolyn) Hewitt, Holly (Patrick) Eddy, Kelly Hewitt, Michael (Gene) Hewitt, Rhonda Ryder, Carrie (David) Eynon, Cassandra, Autumn, and Sierra Brown; many great grandchildren and great great grandchildren; a daughter-in-law, Lucille Hewitt; a son-in-law, Jack Johnson; and numerous nieces, nephews, and extended family members. Anna was known for her many talents in the kitchen, baking and cooking. She enjoyed decorating cakes and crocheting. Most of all she loved spending time with her family, story telling as only she could. A funeral service will be held at 11:00 a.m., Saturday, November 17, 2018 at the Tuttle-Yeisley Funeral Home, Inc., Hallstead, PA. Interment will be made in the Montrose Cemetery. Friends may call from 9-11 a.m. at the funeral home, prior to the service. Memorial contributions in her memory may be made to a local charity of your choice to benefit children.

The family of Anna M. Lyons created this Life Tributes page to make it easy to share your memories.

Send flowers to the Lyons family.